Methodology: A descriptive cross sectional study was carried out at cardiology department Jinnah hospital, Lahore from April – October 2018. One hundred thirty one consecutive patients who had undergone percutaneous cardiac catheterization via the trans-radial approach were enrolled in the study. Post procedure patients were followed in the ward and after 24 hours, Allen’s test was used for checking the patency of the radial artery. Color Doppler USG was performed in the patients with absent radial artery and RAO was confirmed. Data was entered and analysed in SPSS version 21.0.

Results: Out of 131 patients who had undergone for percutaneous cardiac catheterization 63.4% were male and 36.6% were female. Among these cases radial artery occlusion was detected in 52 (39.7%) patients. No statistically significant difference was found with effect modifiers like age, gender, duration of procedure and type of intervention statistically insignificant difference was observed (P>0.05).

Conclusion: A considerable number of patients were observed with radial artery occlusion with trans-radial approach thought statistically insignificant difference was noted among all ages, gender or type of intervention suggesting a detailed evaluation of radial artery patency should be done before hospital discharge. 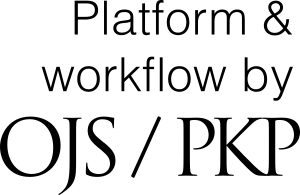